Also known as Jamaica pepper, pimento or myrtle pepper is the dried, unripe berry of the pimenta dioica plant, native to some parts of the South American continent. The taste of ground allspice berries has been described to be a combination between clove, cinnamon and nutmeg, giving it a rich composition of flavours.

Allspice is commonly used as a the main flavour component in Allspice Dram, which is a simple liqueur that can be used to add a spicy counterpoint to rum and sweet ingredients in tiki drinks.

Allspice is commonly used and is a very important ingredient in carribean quisine. It is also commonly used in Jamaican Jerk seasoning.

In Middle-Eastern countries Allspice is also commonly used to flavour meat dishes and stews. It is also widely used in Arab quisine as the only spice in many main dishes. 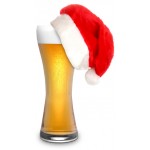